The government of Virginia just removed the statue of Confederate general Robert E. Lee, erected in Richmond during the Jim Crow era. Contrary to today’s ruling intelligentsia and government, their precursors were not perfect.

But let’s be serious: Jim Crow governments were certainly despicable. So was the federal government, which long promoted policies that favored discrimination. So would be a pure woke government who would simply discriminate against new hated groups, discrimination being the central business of the unconstrained Leviathan. (See also my post “Jim Crow: More Racist than the Railroads,” Econlog, December 18, 2020.)

This being said, one should not applaud governments removing monuments that happen to go against current ideological fads. The removal of a statue, even by the same government who set it up or maintained it, looks a bit too much like burning books, which the Enlightenment and classical liberalism fought. (On this general point, see “Left-wing Activists Are Using Old Tactics in a Mew Assault on Liberalism,” in last week’s issue of The Economist.)

Battles over statues erected or maintained by governments remind us that most of what the state does is not the production of public goods in the standard economic sense—even if we could perhaps consider the general remembrance of history as a public good.

History is what it has been and we cannot change it. We should endeavor to learn from it, not to hide it as if the current rulers were finally the noble savages that past utopians dreamed of. If the maintenance (or, for that matter, the removal) of a historical statue costs too much, perhaps the government could simply auction it off. Woke billionaires and foundations who want to hide it could also bid, thereby learning something about free markets.

There is a difference between learning from history, which can be done without statues, and glorifying the failed attempt to overthrow the government.
California

duerig
Exactly. A monument is a celebration of something. Removing that monument is not akin to 'burning a book'. We are not required to maintain and propagate the things our ancestors celebrated. We can put those statues in a muesum and erect new statues to the values we hold today.

ScottInPDX
That's the point of removing the statues. There's a large contingent who want to keep the statues of confederates, while preventing anybody from learning what those people did. I'm not seeing a legitimate reason to honor violent traitors with statues. Take the statue out of a public park, put it in a warehouse/museum, and include a plaque which accurately describes what that person did.

nocko
I am open to a hybrid solution where we replace context-free statues of confederates of "teachable moment" statues of a posh, aloof Lee standing arrogantly on the broken bodies of confederates, enslaved people and defiled American flags. There could be a plaque with damaging quotes. Real classy stuff possible.

fxer
The Satanic Temple’s Baphomet statue, but for confederates

duerig
The hybrid solution doesn't really make sense. Memorials and monuments are about the things worth celebrating. The Vietnam memorial should not be a triumphalist statue of an apache helicopter shooting missiles, nor should it be a litany of the folly of the war. It should be what it is: the names of people who died, reflecting the tragedy of this ultimately senseless war. If we are to erect new monuments to the civil war, it should be to remember the dead or to record the names of the freed, not to try to deify the traitorous leaders and not to demonize them either. We don't need Lee's statue any more than we need Rommel's. 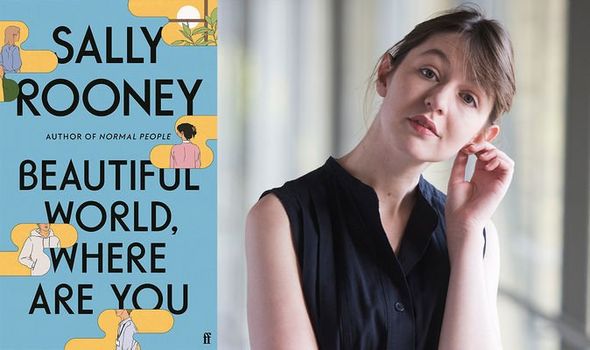 And maybe that’s better. It makes me feel that rather than worrying and theorising about the state of the world, which helps no one, I should put my energy into living and being happy. When I try to picture for myself what a happy life might look like, the picture hasn’t changed very much since I was a child—a house with flowers and trees around it, and a river nearby, and a room full of books, and someone there to love me, that’s all. Just to make a home there… Never to move, never to board a plane again, just to live quietly and then be buried in the earth. What else is life for?

— Sally Rooney, Beautiful World, Where Are You: A Novel (Farrar, Straus and Giroux, September 7, 2021)

Every Streaming Company Not Named Apple Receives a Lousy Grade on Privacy by Nick Heer
Monday September 13th, 2021 at 3:10 PM

Many viewers know that free streaming apps are most likely selling their personal information, but most viewers may not know that most paid subscription streaming apps are also selling users’ data. Even more expensive streaming plans with “no ads” or “limited ads” still collect viewing data from use of the app to track and serve users advertisements on other apps and services across the internet. Also, data brokers buy and sell users’ data and share it with other companies for data recombination purposes.

Our privacy evaluations of the top 10 streaming apps indicate that all streaming apps (except Apple TV+) have privacy practices that put consumers’ privacy at considerable risk including selling data, sending third‐party marketing communications, displaying targeted advertisements, tracking users across other sites and services, and creating advertising profiles for data brokers.

It is the same story for devices, too.

Some of the failures were downright ugly, like making no real exceptions for the data collection of children. Many of the issues revealed weren’t the end of the world, but they make it repeatedly clear that companies aren’t being transparent about what is collected, and often enjoy making opting out of data collection and monetization as cumbersome and annoying as possible.

Also remember that smart televisions are among the worst offenders of user privacy. Even if you use an Apple TV box and watch shows through Apple TV Plus, your television may still be automatically recognizing everything you watch.

Has anyone peer reviewed this non profit's analysis of privacy policies that everyone is holding up to show how awesome Apple is? Or is the tech press and punditry just doing what the normal press and punditry do; repeating a press release for commentary and clicks?
California

Holman Jenkins: “Democrats are lucky Mr. Trump has no long game. He goes from contretemps to contretemps, playing tit for tat. Yet luck is working for him here too. America doesn’t feel noticeably less chaotic with him out of the picture.”

“A cynic might also notice that, for all his bluster, Mr. Trump generally refrained from letting himself be pinned down on any specific allegation of voter fraud. It was always ‘people tell me’ or ‘what I hear.’ So Mr. Trump perhaps did not completely throw away the possibility of digging out from under his post-election behavior, with some typically brazen piece of Trump revisionism.”

jhamill
reply
No, No, it certainly feels less chaotic with Drumpf out of the picture.
California 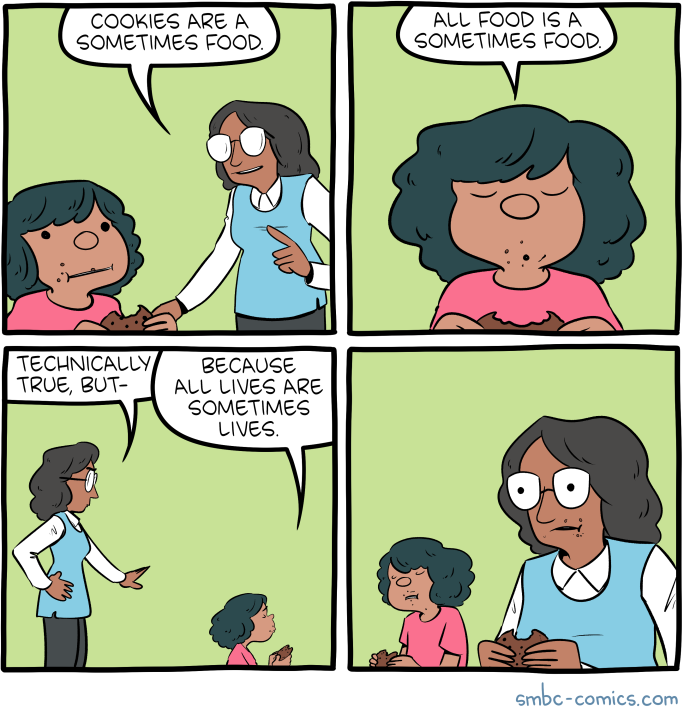 Hovertext:
You know what, I'm going to go make cookies.

But if you make the cookies a more sometimes food you increase your chances of you life being a slightly less sometime life.

Former President Trump is in advanced talks to sell rights to his Trump International Hotel in Washington, D.C., Axios reports.

“The removal of Trump’s big, golden name from Pennsylvania Avenue would be a symbolic bombshell savored by opponents.”

Personally, I think that we should ban selling naming rights for ALL buildings.
California